On Tuesday, April 2 at the Catawba County Track and Field Championships held at Lenoir-Rhyne University the University Christian boys and girls were up against the best athletes in Catawba County.  Although both Barracuda squads finished in 7th place in the team scoring a number of season and personal bests were posted by members of the boys and girls teams.  Among those marks were several school records. 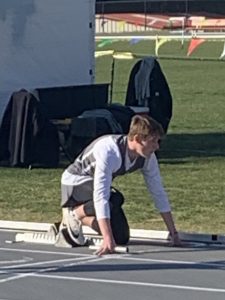