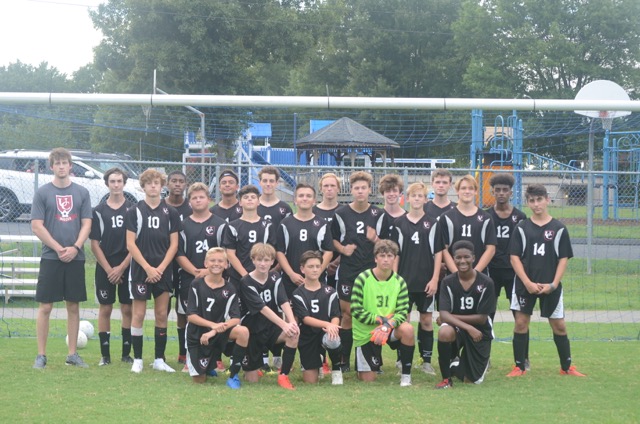 University Christian played host to Trinity School of Durham and Chapel Hill in a second round match in the NCISAA 2A soccer playoffs on Thursday, October 17 at St. Stephens Lutheran School field. After a scoreless first half the Barracudas stepped up the offensive pressure drawing a penalty kick in the 46th minute. Eli Goebelbecker’s kick was blocked but he followed the shot and punched in the deflection for a 1-0 lead. At the 71st minute Adam Gerrard was fouled in the box drawing another penalty kick which he converted to make the lead 2-0

TSDCH drew to within one goal at 2-1 in the 82nd minute on a long goal from Connor Dunn at the 74 minute mark. Playing to force a tie the Trinity goalie was away from the goal when Goebelbecker took a loose ball and fired it from midfield into the empty net in the 78th minute.

The win moves UCHS into the quarterfinals against top seeded Westchester Country Day on Saturday, October 19 ,n High Point. The third round playoff match is the farthest the Barracudas have ever advanced in the state tournament. The win moves coach Cody Miller’s UCHS squad to 12-5 on the season.